Are artists who live and work in the Blue Mountains, Australia within the country of the Dharug and Gundungurra peoples.

This work is made with support from residencies at

Support to develop works from

what to do if you feel lost

scrolling and clicking always helps.
have a break. come back later 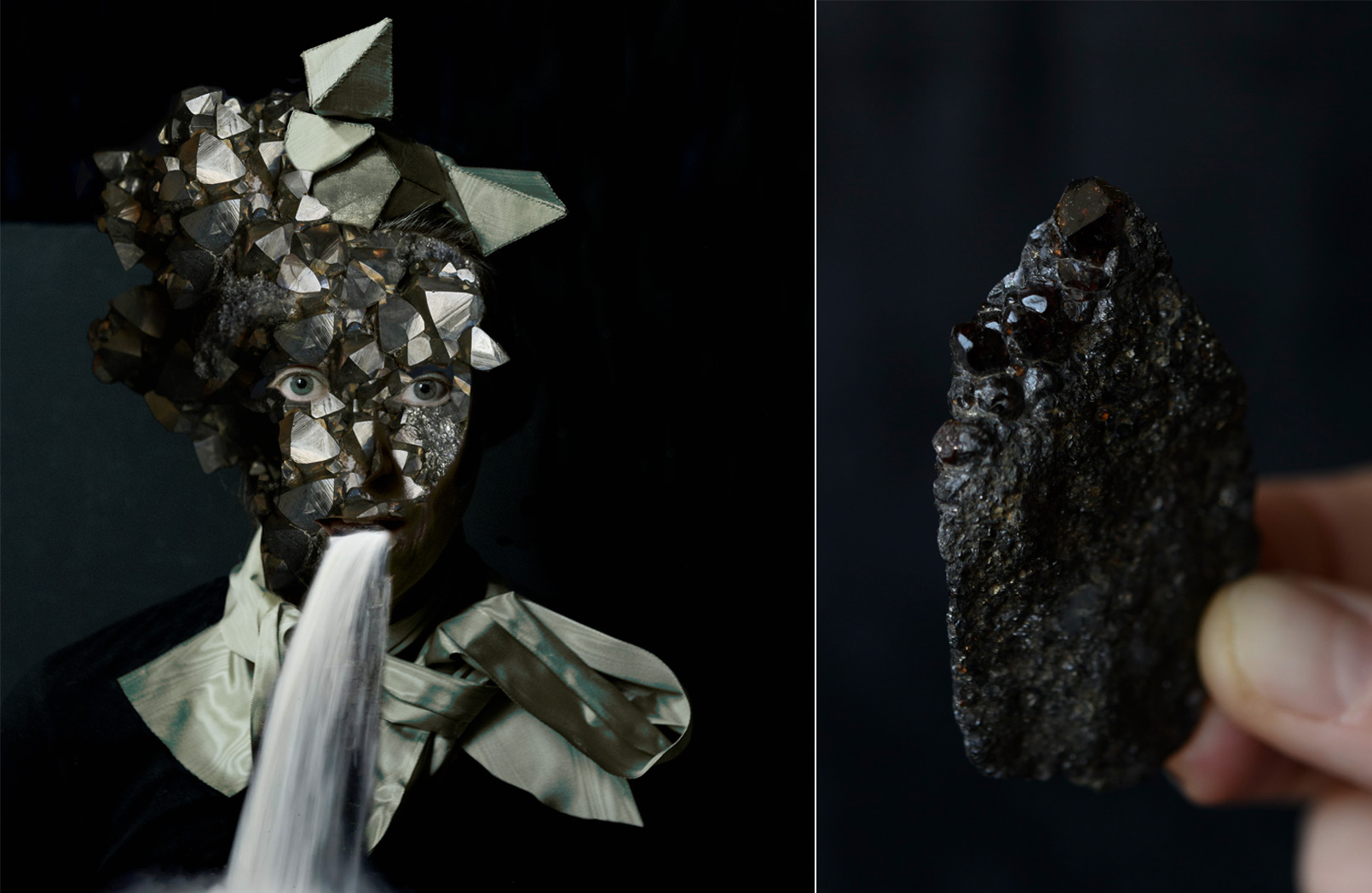 Inspired by our eclectic collection of rocks and minerals we worked with textiles, photography and collage to explore underground landscapes both real and imagined. Rocks & minerals are suggestive of the powerful forces and immense timelines that shape the world and sit in contrast to the transience of human lives. By using adornment to signal our group membership and solidarity with the mineral world we become amorphous beings with porous boundaries and the ability to mingle corporally with air, mineral and world. We thought of ourselves petrifying - changing organic matter into a stony concretion by encrusting or replacing its original substance with calcareous, siliceous, or other mineral deposits. We tried to imagine our lives in the context of deep time and communion with elemental forces as a way of coming to terms with the absurdity and enormity of timescales that are hard to comprehend. 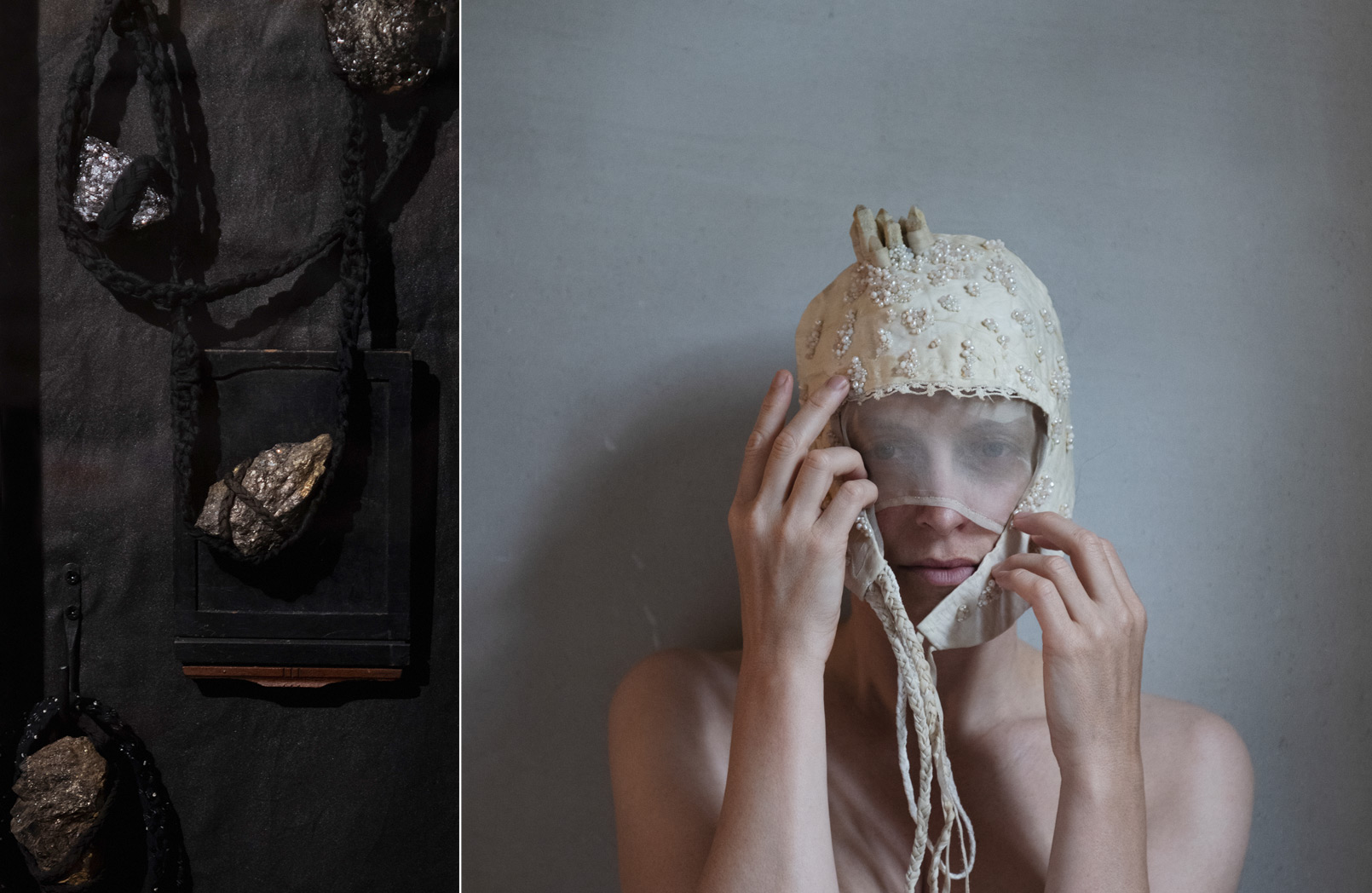 "The metamorphic process or metamorphism features in Paul Mosig and Rachel Peachey's work where the body is physically transformed, mineralised, or crystallised. Here the psychological transformation is wrought tangible. In the photographic work Fall of land, the transmutation is expressed as the head and face becoming iron pyrites or fool's gold. Like one of the old alchemical Images that functioned as a recipe or instructions for the metallic transmutations and other alchemic processes, each element in this image is rich with symbolic weight. The mineralisation of the face, the waterfall coming from the mouth and a gold band around the neck. An invitation to decode.

Similarly, in the photographic artwork, Turn me to stone, the great opposites of human nature, extraversion and introversion, manifest. The tension between the two plays a significant role in the history of alchemy. Resulting in some alchemists presupposing that the answers they were looking for were not in the material world outside of them but in themselves. In their own bodies and in that part of their personality, we call the unconscious." 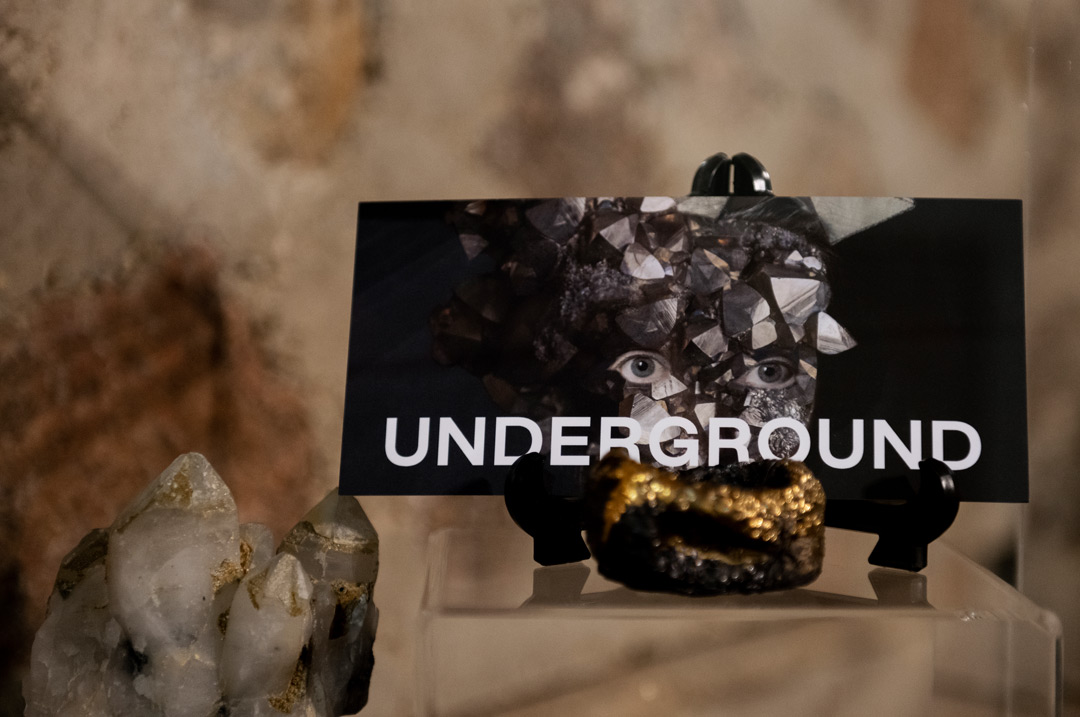 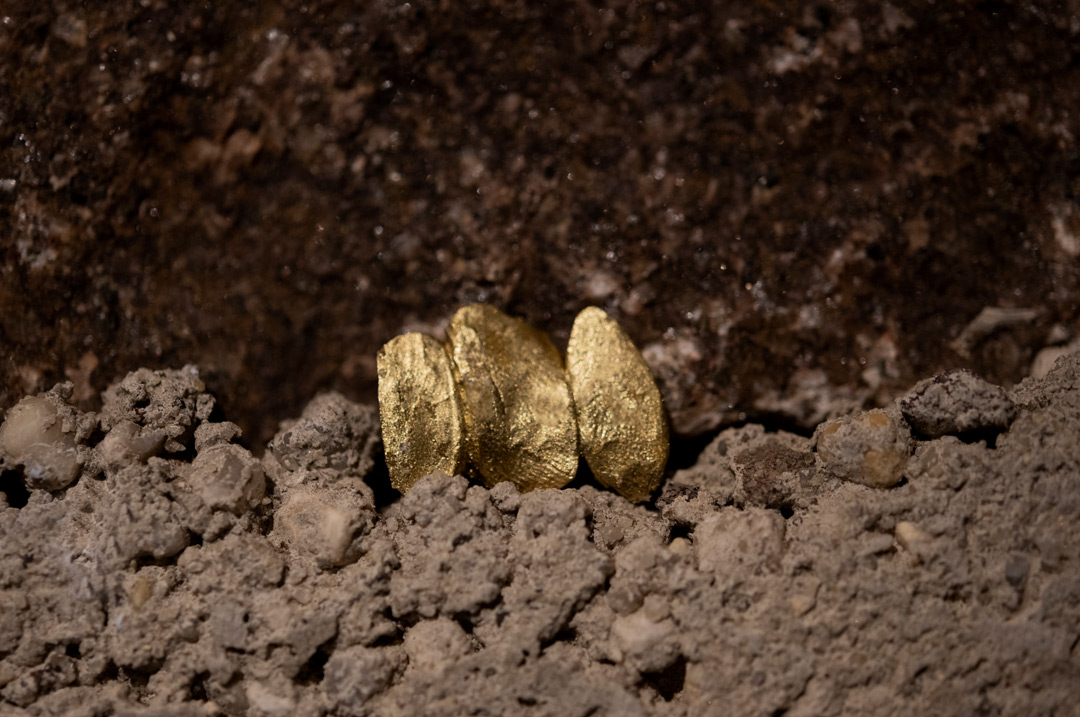 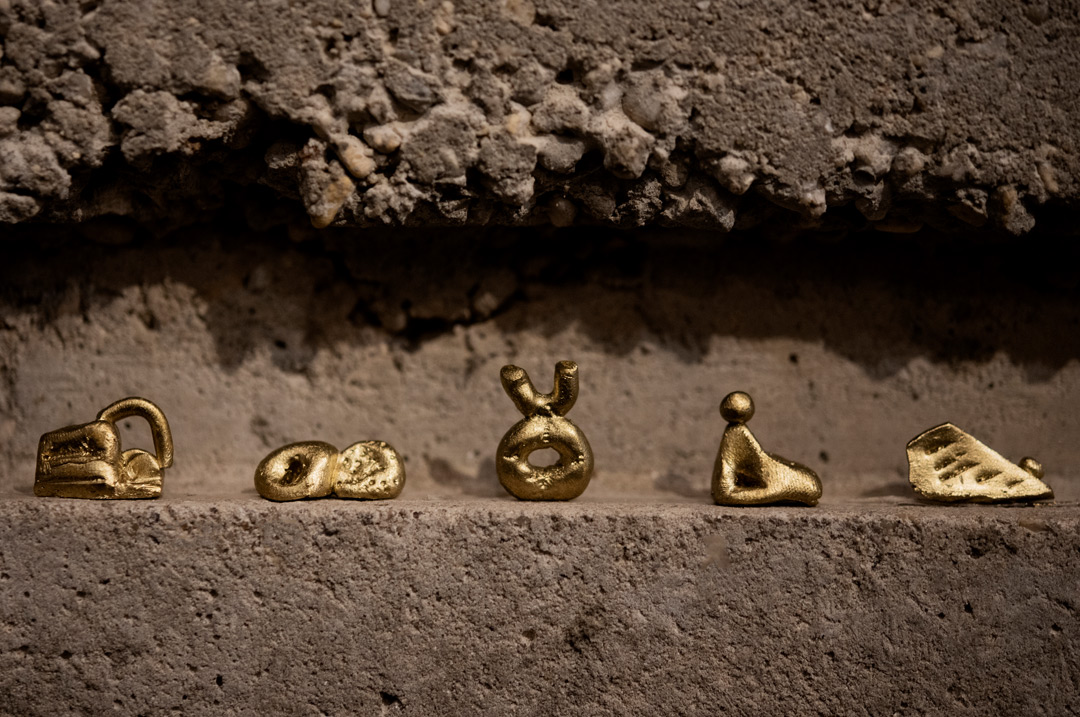 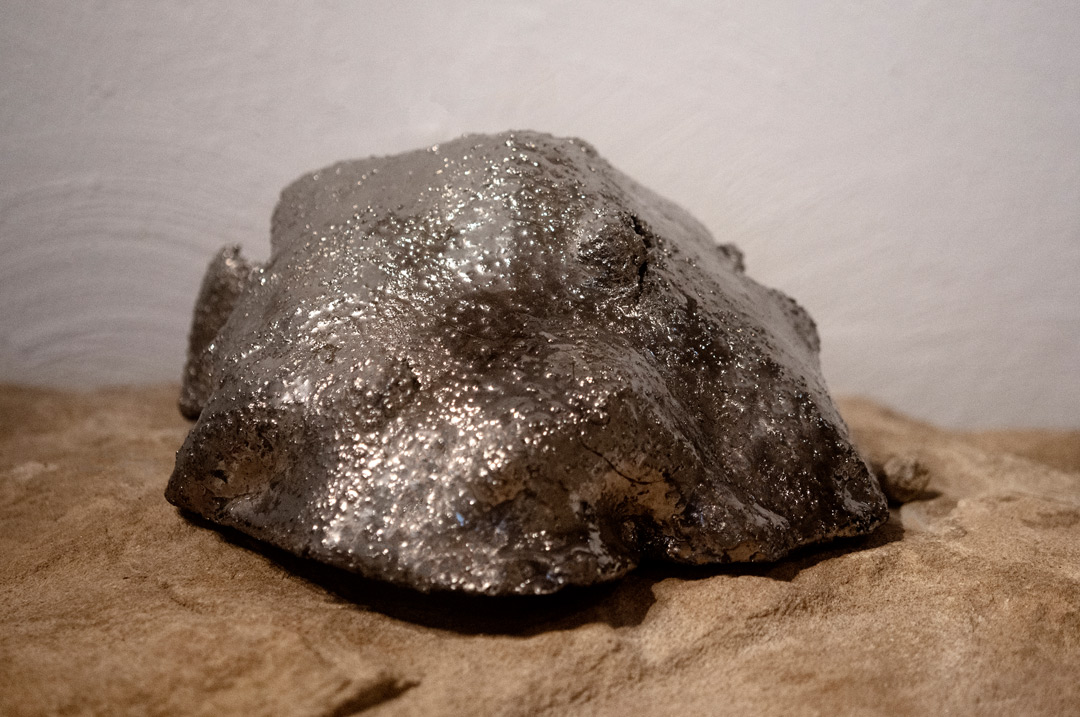 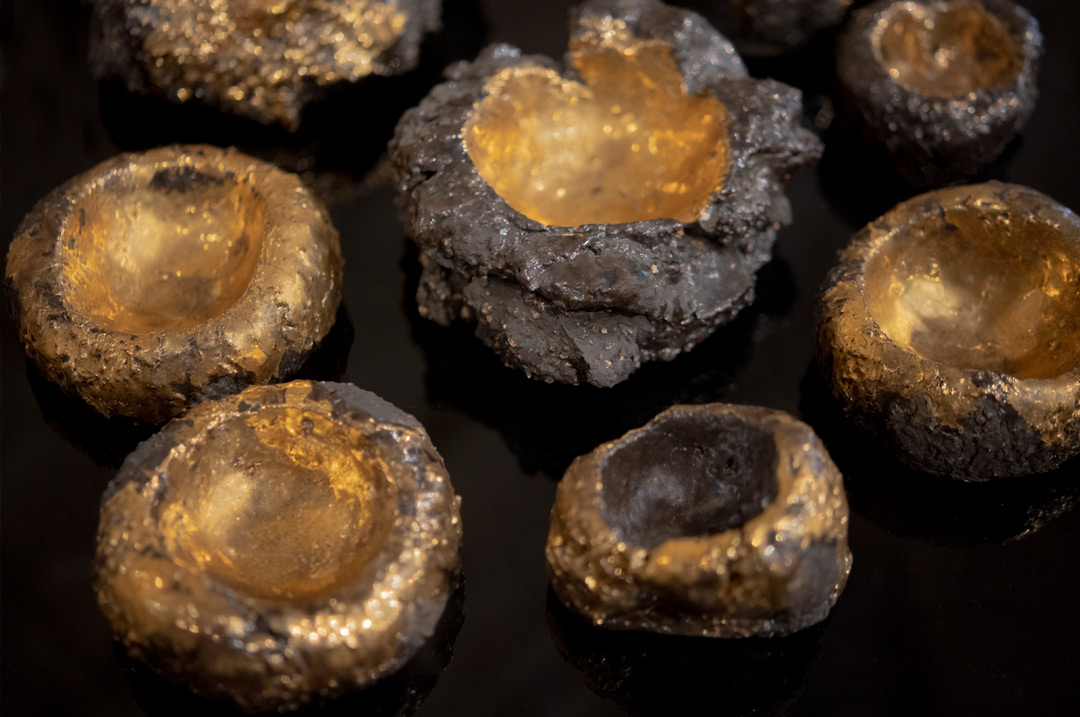 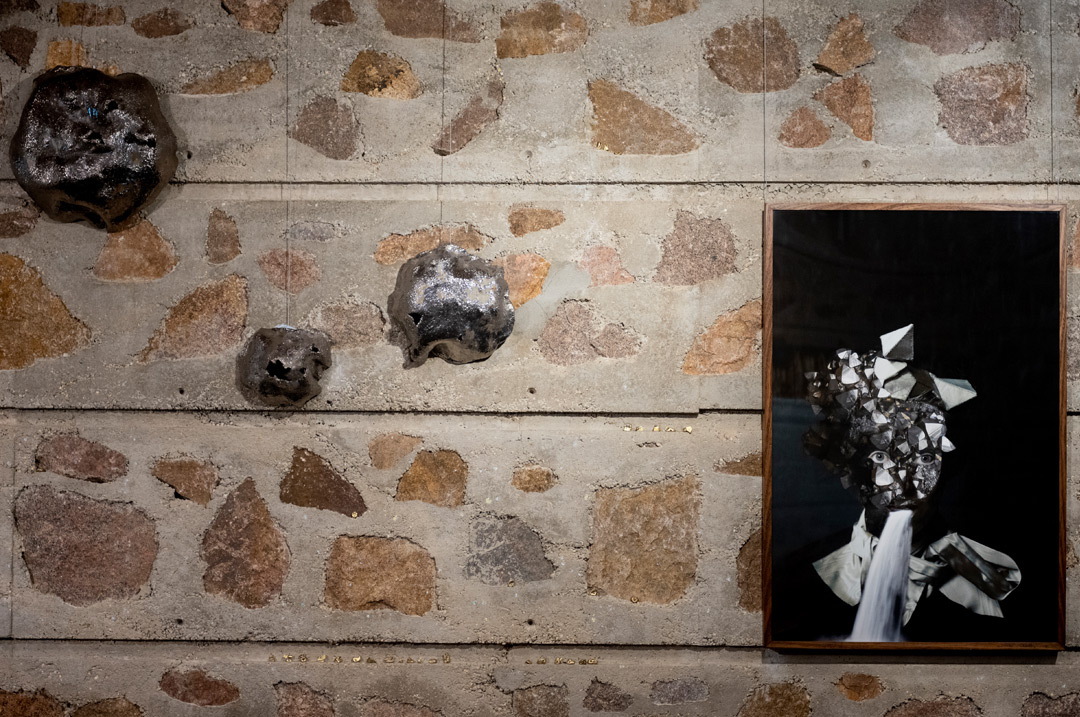 Unhappy is the land that needs a hero
A small internet work conceived as a series of questions.
We Went For A Walk
A ongoing collaborative project using walking as a creative research tool. Each walk creates a new internet work of the experience.
The Sky Has Already Fallen
An internet artwork that reconfigures our digital artefacts into something new.